A downloadable game for Windows and Android

"Thanks for trying out the latest dimension in Game Boy games!"

For April Fools Day 2020, I took my GB Studio project, "Rulent Tower", the adventures of a bunch of parody furry characters in an apartment building together, and "converted" it to VR. I only had a few days to smash it together, so the scope had to be restrictive, and a lot of things were left on the table. After April Fools, I spent a few extras weeks tinkering with the project, until I was satisfied.

But it's now 2021, and Oculus has released the Quest 2, running at 120 Hz (effectively 120 Frames per Second)! The original Quest version was locked at 72 Hz. The change itself was relatively simple (once I could find the information), but I decided to add in a few small adjustments and additional Easter Eggs. And then something went very wrong and I basically had to redo the process all over again. Learning!

This is a 5 minute gimmicky prototype. There isn't a ton to do here, as it's more about the novelty of seeing these pixel graphics converted to voxel and presented as if you were actually there in GB Land. There's a few oversized props you can play with, and maybe an easter egg or two, if you poke around.

There are two versions available. One was built for PC VR hardware, the other built specifically for Oculus Quest and Oculus Quest 2 (and can run untethered). You'll need to sideload the APK for the Quest and Quest 2, but there's an easy-to-follow tutorial linked in the included Readme if you've never done that before.

[Controls:]
Point your blocky mitts at something that interests you. If it's interactive, the small dark green beams will switch to light green. You can grab objects from anywhere those beams can point at by pressing the trigger button, so don't worry about things being out of reach. Anything in your hands can be rotated by tilting the analog sticks Left or Right, and moved closer or further away from you by tilting those sticks Back or Forward. You can teleport around the lobby and hallway by pointing the mini voxel foxel at your desired floor location and pressing the trigger button.

[Supporters:]
I want to thank my Patrons and other Awesome and Amazing Supporters who make this stuff possible, including:

Sofox (knock to thank him!), Commander D, Darkdekumon, A. Kitty, Jeffrey Perigo, Jessica Bumpus, MaskRider, Matt Schock, and braedon benson
And thank you to everyone who contributed to the itch.io Bundle for Racial Justice and Equality!

If you want to see me continue to make weird things like this, follow my Itch.io ( https://setsune.itch.io/ ) or Twitter ( https://twitter.com/setsunedev )! If you'd like to get credited in works and see behind-the-scenes content and previews, you might also consider backing my Patreon ( https://patreon.com/setsune ). You can also buy me a Ko-Fi ( https://ko-fi.com/setsune ) if you just want to give me a one-time nod.

Thank you so much for visiting Rulent Tower VR!

And once again, there are absolutely zero bugs, and any bugs that didn't exist before definitely don't exist now.

would it work with vrbox?

Do you mean the headset that uses your Android phone? There's a few different products with that name. It looks like it's Google Cardboard-based, so I'd suspect no, unless you know some kind of OpenXR or Oculus streaming/converter software to use that I'm not aware of.

Is so sad it's not a fully fledged game. Are you working in something similar ATM ?

I would buy it on a heartbeat for Oculus Quest.

Thank you! Not one based on Rulent Tower, but once my Game Boy-based project is complete, I have another VR game planned!

I'm following you. I have high hopes for your future projects. Best of luck.

I have no VR gear, but this really intrigues me. Can I still play it with my dumb flat screen?

Sorry, there's no flat screen mode. I did attempt to include one, but it would lose a lot without the VR aspect. There isn't a ton there to begin with.

This was cute, thank you!

Glad you liked it!

Yeah! The giant "NO" literally had me on the floor laughing.

Hi, game looks nice! You should release it on sidequest too :) That's where most people look for quest games.

I hadn't considered that. Thank you!

I see you added it. Nice! 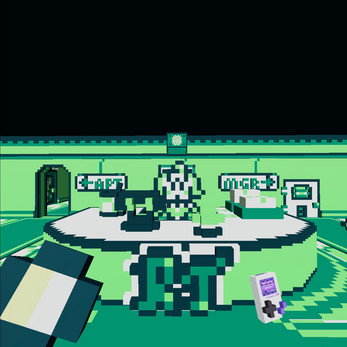 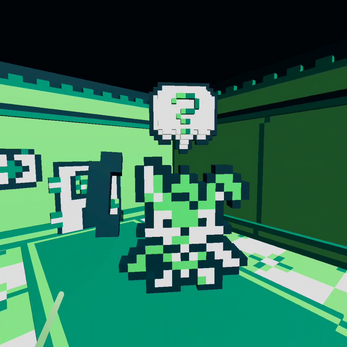 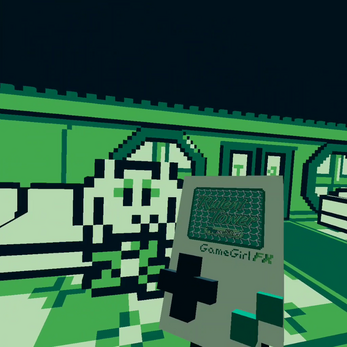 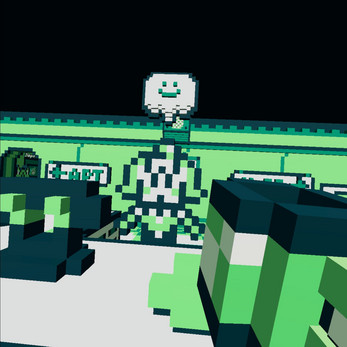